These adorable Chihuahua mix puppies are around 7 weeks old and weigh an average of 4 pounds now.  They have had first puppy shots and been dewormed.

Boys are Pepper, Basil and Cinnamon.  Girls are Vanilla and Sugar. 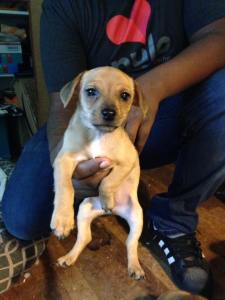 1 thought on “The Spice Pups”