Joey is an 8 year old male Chihuahua.  Joey is neutered.  He is up to date on shots, heartworm tested negative and microchipped.  Joey weighs 10 pounds.  He previously lived with children and was very good with them, but doesn’t really like being picked up until he gets to know you.  Joey also had such bad teeth that he lost them all when we did a dental in August 2017.  He is housebroken but occasionally has an accident.

Joey and 3 other dogs were abandoned when their previous owners moved and left them behind in the empty apartment. Joey and Poncho were adopted by their foster back in August 2017 but are now looking for a new home due to unexpected life changes. 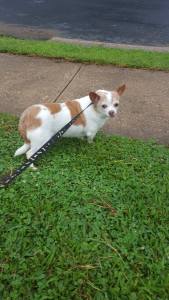 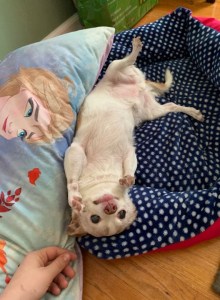